The origin of the mouse

The origin of the mouse

The mouse was invented by Douglas Engelbart in 1964. At that time Douglas Engelbart was working at the Stanford Research Institute (SRI), an institution sponsored by Stanford University. Douglas Engelbart was thinking about how to make computer operations easier and what methods to use. When I came to pick up a meeting, I took out the notebook I carried with me (not a laptop), and drew a sketch of a device that uses two mutually perpendicular wheels to track movements at the bottom. This is the prototype of a mouse. In 1964, Douglas Engelbart once again perfected the concept of this device and produced the first finished product. Therefore Douglas Engelbart is also known as the “father of the mouse.”
At that time, there was no “mouse” name. This new device was a small wooden box with two scroll wheels but only one button. Its working principle is that the roller drives the shaft to rotate, and the rheostat changes the resistance value. The change of the resistance value produces a displacement signal, and the cursor indicating the position on the screen can be moved after processing by the computer.
Because the device drags a long wire like a mouse (like a mouse’s tail), Douglas Engelbart and his colleagues jokingly called it “Mouse” in the laboratory. He also thought about the possibility of a mouse in the future. It will be widely used, so it was named “Display System XY Position Indicator” when applying for a patent, but people felt that the name “Mouse” was more cordial, so it was called “mouse”.
The popularity of the mouse:
After the mouse was invented, it was first applied to the improved Alto computer system by Xerox in 1973, but unfortunately, these systems were used in experiments at that time and were used for research work and were not promoted to the general public, so The mouse has always been unknown.
In 1979, Apple founder Steve Jobs was invited to watch Alto and the software running on the system. Steve Jobs was shocked by the computer technology he saw, and he realized that these technologies represent the future development trend of computers. These technologies include the use of a mouse as a pointing input device and a GUI (Graphics User Interface) used by the operating system. Apple immediately added these functions to its own system, preparing to develop a new type of home computer, and hired a dozen Xerox technicians with high salaries. In 1981, Xerox launched the Star 8010 computer that uses a mouse and uses a GUI operating system. This is the first time the public has learned about a mouse. Unfortunately, because this computer is too expensive, the sales volume is small. Nevertheless, the mouse has attracted the attention of many people and has begun to be mastered by people.
In 1983, Apple officially launched the LISA computer, which was Apple’s first computer using a mouse. It further introduced the mouse to the majority of users and made them realize the role of the mouse.
In 1984, LISA’s upgraded product, the Macintosh, came out. This was a milestone for Apple and also a milestone in the history of computer development. While it brought huge income to Apple, it also allowed the mouse to enter the tens of thousands of households. Later, due to the widespread use of OS/2 and Windows systems, the application of mouse and GUI was further promoted, making the mouse gradually popular, and eventually became the standard configuration of computers. Since then, every computer has a loyal companion next to it. , That is “Mouse”-mouse 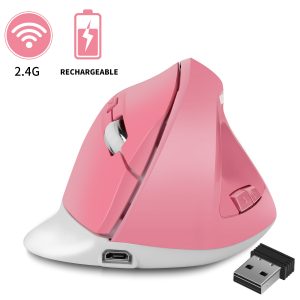 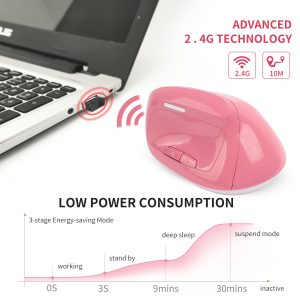 What kind of mouse is the best?
2021-06-04
Products Category
Featured posts
Recent Projects