How to clean keyboard?

Taking the most common electrical contact key keyboard as an example, the whole process of disassembly, cleaning, and installation of the keyboard is introduced.

Step 2: Remove the keyboard shell
There are usually a large number of fixing screws on the back of the keyboard. Extend the Phillips screwdriver into the fixed screw position and turn it counterclockwise to unscrew the screw. Unscrew the other fixing screws one by one, and place the screws uniformly. Then turn the keyboard face down and use a flat-head screwdriver to open the seam of the rear panel of the mouse. Then the shell can be removed relatively easily. At this time, everyone can see the internal structure of the keyboard.

Step 3: Clean the film
When you open the back panel of the keyboard, you can see the three-layer film embedded on the bottom panel. The three layers of film are the lower contact layer, the middle isolation layer and the upper contact layer. The upper and lower contacts are laminated with metal circuit connections and round metal contacts corresponding to the buttons. The middle isolation layer is a transparent layer. The film has round holes corresponding to the upper and lower contact layers. Take the film out of the keyboard, and use a dry cloth or brush to gently brush off the dust or dirt on the side close to the keys. You can also wipe it with clean water and then air-dry it. If there is oxidation in the circular metal contacts of the film, wipe it clean with a rubber.

Step 4: Clean the keys
All the keys of the electrical contact key keyboard are embedded on the front panel. There is a rubber pad between the three layers of films on the bottom plate and the keys on the front panel. The protruding parts of the rubber pad correspond to the keys embedded on the front panel. Press After the key is pressed, the corresponding protruding parts on the rubber pad are recessed downward, so that the circular metal contacts of the upper and lower contact layers of the film are in contact through the circular holes of the intermediate isolation layer, thereby sending a key signal. But pay attention when removing the buttons. First take out the rubber pads, and then use a screwdriver or other screwdriver to pull the buttons away from the bottom. But everyone should pay attention that on some big keys (such as: Shift key, space bar, Enter key, etc.), there will be a metal bar. This metal bar is mainly used to fix the keys, so it takes time to take out this key. Be careful. But when you take out the keys, you must remember the position of the keys on the keyboard, otherwise, don’t blame me for not reminding you if you can’t install the keyboard. After the keys and rubber pads are all taken out, they can be wiped with a damp cloth and air-dried. If the buttons are dirty, you can also add some detergent to scrub.

Step 5: Clean the inside and outside of the keyboard
First take out the circuit board on the base, and then use a brush or damp cloth to wipe the front panel, rear panel, and base of the keyboard. Especially in the front panel and the joints of the buttons, there will be more dirt gathered. It may not be easy to clean with a damp cloth. It is recommended to clean it with a cleaner.

Step 6: Install the keyboard
After the keys, rubber pads, films, and panels are completely cleaned and air-dried, they can be installed. First, install the keys according to the reverse method of the previous disassembly (note that the position of the keys corresponds to the position on the keyboard, and the direction cannot be reversed). Then put the circuit board back into the base and arrange the connections. Then place the rubber pads one by one corresponding to the keys and place them in place. Then put the three-layer film on the rubber pad and determine whether it is in place. Usually there will be some protruding screw holes on the base. You only need to align the round holes on the three-layer film with the screw holes on the base one by one. can. It is recommended that you hold up the keyboard when installing the rubber pad and film. Firstly, it is easier to install, and secondly, all parts can be installed in place. Finally, cover the rear panel and tighten all the screws to complete the disassembly, cleaning, and installation of the keyboard. 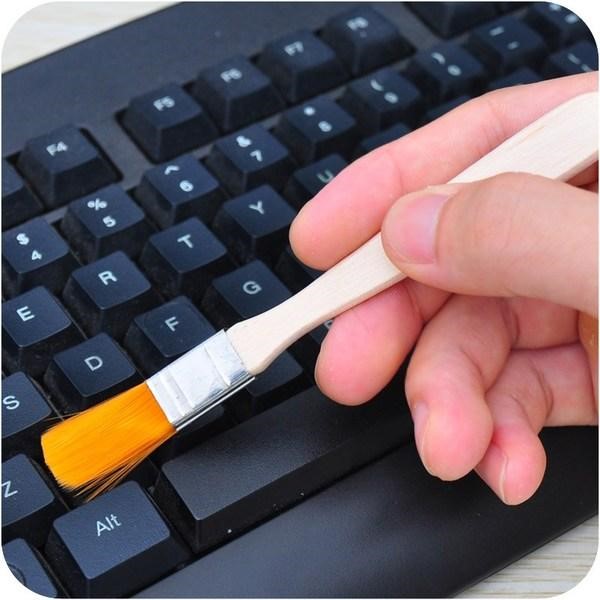 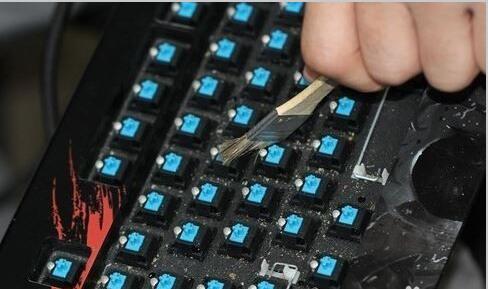 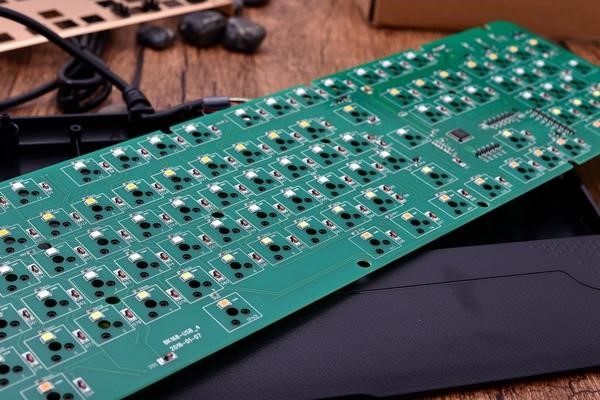 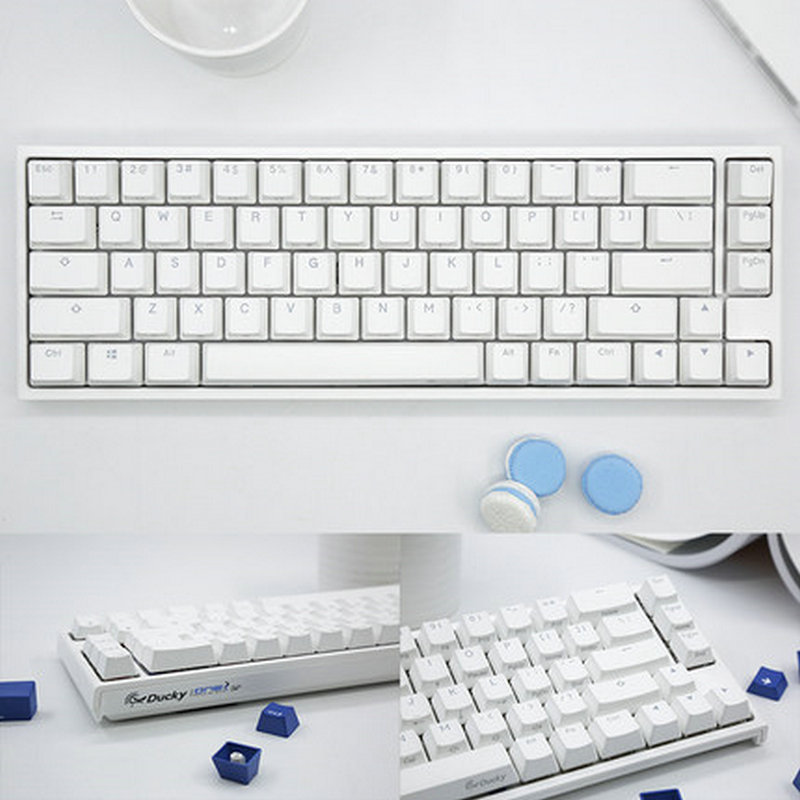